Vibrations constitute an indispensable parameter of modern condition monitoring systems for mechanical machinery and structures. The most important motivations that justify the spread use of vibration monitoring are safety, maintenance optimization and operations. Vibration sensors are included in almost all the protection systems that aim to stop the machines when dangerous vibration levels are reached by preventing catastrophic failures.

We use Wireless Sensor Networks (WSN) for expanding the traditional limits of vibration monitoring. WSN can be employed at complex environments that were traditionally prohibited for wired sensing, such as rotating equipment. The monitoring strategy is based on the knowledge of the failure of the monitored object.

In the recently completed FP7 project WiBRATE, we developed a wireless monitoring system for early detection of mechanical damages, such as bearing defects. WiBRATE was successfully demonstrated at the FIAT Advanced Machining Lab in Turin, Italy.

In the automation of the automotive processes, many machines depend on rotational motion and thus are subject to the bearing’s failure. The behavior of machining centers for mechanical work used on engines, gearboxes and clutches is heavily influenced by the health of the bearing composing the spindle of the machine itself.

The core problem is health monitoring and prediction of ball bearing for predictive maintenance. In case of electrical motors, damages can occur mainly in the windings and in the bearings, but the failures in the bearing are much more important and frequent due to the fact that the bearing is in continuous motion and heavily affected by friction and damages due to externally applied forces. In comparison to a healthy motor (in smooth continuous rotation), damages in the bearing cause asymmetries in the system and subsequently a periodical noise is given by the contact between the defect and other moving parts.

A test bench was used to test the behavior of the bearing under stress and to validate the WSN solution. Known bearings were used, vibration signature was recorded initially (healthy bearing) and then the bearing was damaged in a punctual known position in order to know the exact frequency at which the vibration is expected. 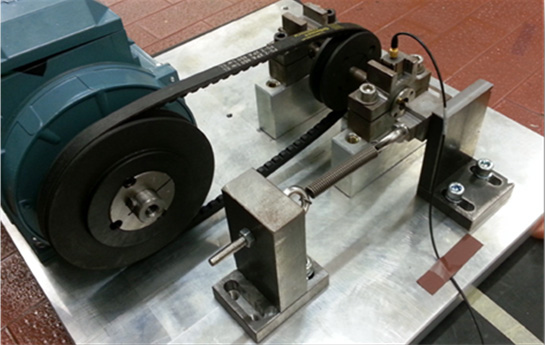 The V-Mon 4000 wireless sensor node was used as hardware platform. Together with FIAT and the other WiBRATE partners, an elaborate vibration monitoring algorithm was developed and first validated in Matlab®. Due to the high complexity (computational, as well as memory/storage-related), the implementation of the algorithm on the V-Mon embedded platform was a step-by-step laborious process. A number of optimizations and adaptations of the original algorithm were developed. The figure below illustrates the main steps of the process.

We started from the high-level Matlab implementation of the algorithm. The test data was provided by FIAT based on the experiments with bearings. Next, we replaced all Matlab-specific functions and operations (e.g. direct array and matrix operations, FFT-related functions) with their C-like equivalents, but still using Matlab syntax and programming environment. Then, we optimized this C-like Matlab implementation for reducing both the computational complexity and memory requirements. 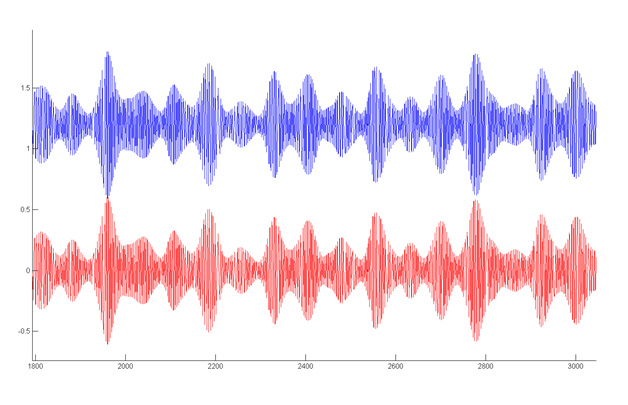 Comparison of extracted features (detail snapshot) using the Matlab (blue) and C (red) implementation. Results are identical. The difference in the baseline is introduced artificially for the visibility of the plotting.

The final step was to integrate the sensor sampling and data communication parts. In this way, the algorithm could run on actually sensor-sampled data and provide the results live.

Field trials were performed at the FIAT’s Laboratory of Advanced Machining in Turin, Italy (see figure below). The V-Mon 4000 system was compared to the off-line analysis system running in Matlab® and validated thus in real-life conditions.

V-Mon was able to successfully detect both inner and outer race defects in the bearings, as shown in the figure below. 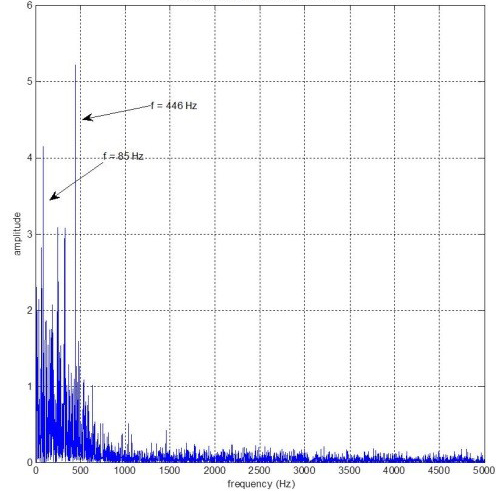 In the context of these field trials, a full FUTURIS documentary on “Good Vibrations: Monitoring Machine Health” was filmed and later broadcast on EURONEWS from 19th to 25 May 2014:

Other links related to the WiBRATE project:

Please contact us for more information regarding the WiBRATE project. 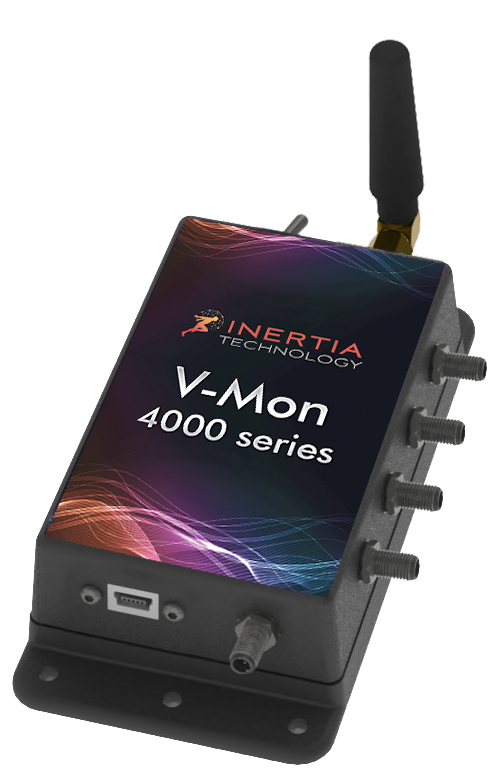